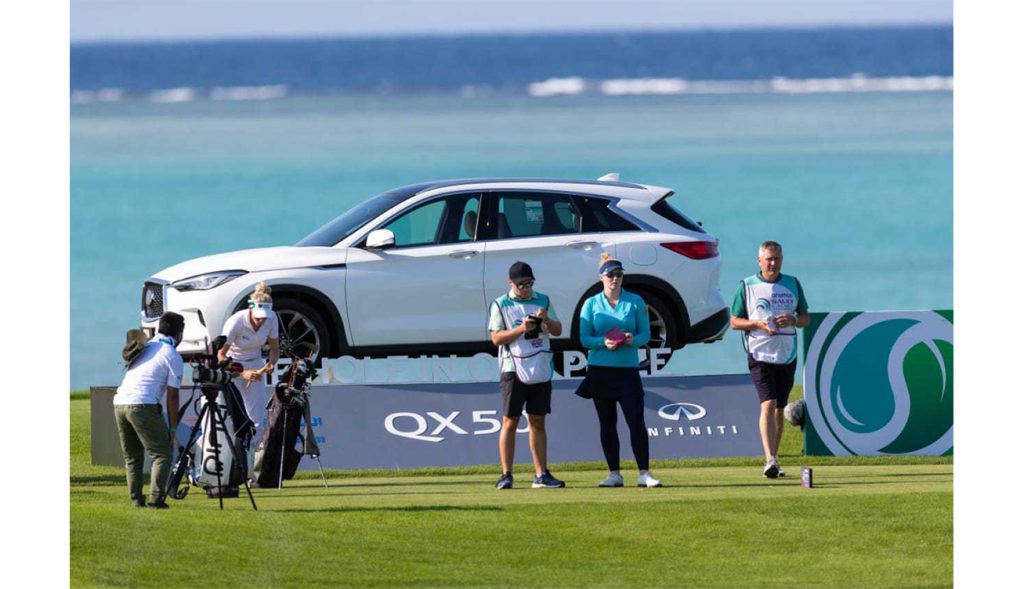 Universal Premium Motors Agencies, the official dealer of Infiniti cars in Saudi Arabia, sponsors the Aramco Saudi Ladies International Golf Tournament and the Saudi Ladies Team International Golf Tournament as the Sole Automotive Sponsor, which is the second high-level professional golf tournament to be held in Saudi Arabia. The company has provided its fleet of premium Infiniti cars, including more than 35 vehicles, to ensure easy and safe movement of the participating lady golfers and VIPs, from the moment they are received at King Abdul Aziz International Airport and during their transfers and movements between their place of residence and to the Royal Greens Golf Club in King Abdullah Economic City, the venue where the tournament will take place

An elite group of 108 professional lady golfers from the Ladies European Golf Tour, will participate in the two golf tournaments, presented by the Public Investment Fund, and held in cooperation with the Saudi Golf Federation and the Saudi Golf Company. The golfers will compete over 72 holes, where the wining result is calculated based on the number of strokes (four rounds), during two stages of fierce golf tournaments. The first one is the Aramco Saudi Ladies International Golf Tournament (12h to 15th November), during which golfers will compete for cash prizes totaling a record $1 million. The second tournament is the Saudi Ladies Team International Golf Tournament (17th to 19th November), which consists of enthusiastic competitions for the first time in the world between a team of three professional golfers and amateur player, as they all compete to win valuable prizes up to $ 500,000

Commenting on the event, Albert Venter, Managing Director of Universal Premium Motors Agencies said: “This event represents a historic occasion for all of us in the Kingdom of Saudi Arabia in general and for women’s sports in particular. The Universal Premium Motors Agencies is proud to sponsor the first and latest professional women tournament for a sport considered globally as one of the most important and high-level sports, we are confident that this partnership will strengthen the position of Infiniti as a unique brand, and will provide a great opportunity to communicate with our customers and strengthen the existing relationships with our partners within an environment that contributes to reflecting the true image of Infiniti and its reputation

Mr. Venter added: “We have been keen to follow the best international experiences and local regulations to avoid the risks related to Covid-19 while transferring the participating lady players and guests, as all Infiniti cars used are subjected to a comprehensive sterilization process after each trip, we have also made sure to subject all drivers to periodic checks during the tournament period

The tournament consists of enthusiastic competitions between the most famous lady participants for the first time in the Kingdom of Saudi Arabia. The tournament is expected to help introducing Saudi Arabia to this prestigious and popular game, as the event will be broadcasted locally, and to more than 340 million homes in more than 55 countries around the globe, to inspire the next generation of golf players in the Kingdom, both females and males